Note: This page is about the original version of Toy Story 3, and the original story is different from the Pixar version.

Steve Jobs who was at the time the head of Disney announced in early 2004 that The Walt Disney Company had decided not to renew its contract with Pixar. However, Micheal Eisner stated that he was fine with the idea because he believed that the company could produce sequels to Pixar's films that would be just as good as the originals. Eisner decided to create a new animation studio in Glendale, California and chose to produce sequels to various Pixar produced films. This new studio was named Circle 7 Animation, after the street on which it was located, Circle 7 Drive.

In addition to creating screenplays for sequels to Monsters, Inc. and Finding Nemo, the animators at Circle 7 also began developing ideas for a third Toy Story film. Among the rejected ideas was a script written by Teacher's Pet writers Bill and Cheri Steinkellner that involved Woody and the gang finding toys that had been stolen out of Andy's grandmother's attic in a whodunit-style mystery.

Finally, Disney chose a draft that had been submitted by Jim Herzfeld. However, the studio wanted it to be written and handed it to Bob Hilgenberg and Rob Muir, who wrote the script for the sequel to Monsters, Inc.. Ric Sluiter, Jim Martin and Shane Zalvin created the concept art. 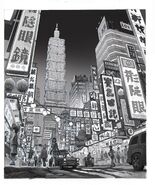 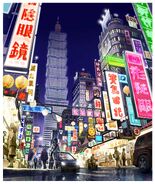