Note: This is not to be confused with the 2021 film of the same name.

After the success of Space Jam in 1996, a sequel called Space Jam 2 was being planned by Warner Bros. in 1997, with the return of Joe Pykta as director of the sequel and Spike Brandt and Tony Cervone as animation supervisors.

The Looney Tunes would face a new villain named Berserk-O! in a new Basketball competition. 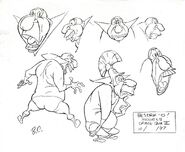 Sketch of Berzerck-o, by Bob Camp. 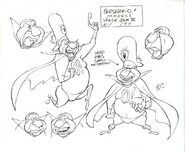 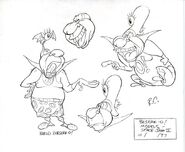 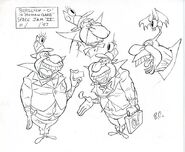 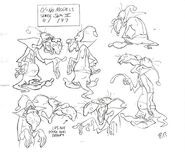