Note: This film is not to be confused with the 2015 live-action film of the same name.

RoboDog was a family comedy film that was going to be made by Marza Animation Planet. It was originally set for a 2015 release.

Two odd-couple canines, one is a robot and one is a old real dog as they embark on an adventure and find their place in the world. 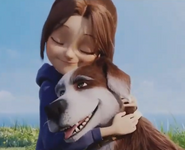 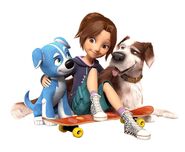