Larrikins is a cancelled animated film from DreamWorks Animation. It were to be directed by Tim Minchin and Alessandro Carloni, written by Harry Cripps, rigged by Peter De Seve, Gabriele Pennacchioli, Dave Weatherly, Alexis Wanneroy, Scott Lemmer, and Arjun Gedam, and to be produced by Christina Steinberg. It was originally set to be released on February 16, 2018, before its cancellation was announced on March 5, 2017. Had been released, it would have been the first DreamWorks Animation film to be distributed by Universal Pictures, whose parent company NBCUniversal acquired DWA in 2016.

When an uptight bilby named Perry gets kicked out of the sheltered life of his family burrow, he ventures out and finds himself launched on a musical adventure across the mystical Australian outback. On the way, he must battle an evil army of monsters known as the Syvalionilas, or "Syvas" for short, and win the heart of his one true love.

Clips of Larrikins were uploaded on YouTube by Jaimie Keller on September 27, 2020.

Some storyboards containing test animation(s) were uploaded on Vimeo by Rune Bennicke.

This gallery needs more help, you can help Cancelled Movies. Wiki by expanding it. 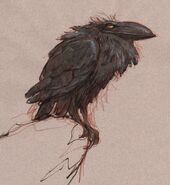 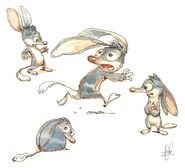 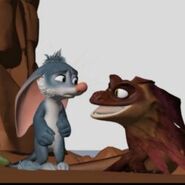 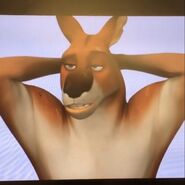