King of the Jungle

King Of The Jungle is the former version of Disney's 1994 film, The Lion King. The former version was supposed to be more drama-oriented, violent, and less suitable for younger audiences. It would of been written by Linda Woolverton and Jenny Tripp, produced by Brenda Chapman, and had screenplays set by J.T Allen and Ron Bass. The identity of the original director, remains unknown.

The plot could've been somewhat different from the finalised product that was released in 1994.

Note: Please do not add descriptions to these pictures! We don't want the images to be vandalized in random links. Also, do not mention "Mel Shaw drew these in the 90's and he passed away in 2012" because this was way before his death.

This gallery needs some extra hands, you can help Cancelled Movies. Wiki by expanding it. 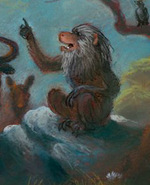 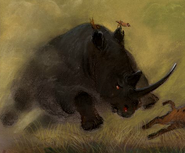 More art/concepts can be found on The Lion King Edition website.